The Sister Pact by Cami Checketts 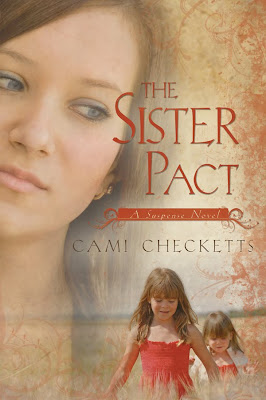 The Sister Pact by Cami Checketts is a suspenseful romance. Savannah's sister, Allison, falls into a coma. The detective, Noah, suspects Savannah and she must prove to him that she is innocent. Right away, we see the chemistry between Noah and Savannah. The sparks between these two was my favorite part of the book. Another great theme of the book is the strong relationship the two sisters share. Savannah's devotion to her sister is evident as she helps to take care of Allison's little boy and stays by her side during the coma.

Savannah is a personal trainer and one of her clients, Wes, has something to hide. She is in danger as he attempts to get closer to her. It is a thrilling ride as Savannah and Noah figure out who is the person who hurt Allison. Despite Noah's belief that Savannah is responsible, he really wants to find that someone else is involved. He doesn't want it to be Savannah.

I really liked Noah. He was a strong and likeable character, and I liked his attempt to balance his head and his heart as he conducted the investigation. If you're looking for a suspenseful book with a great romance weaved throughout it, The Sister Pact is a great choice.
Posted by Marcia Mickelson at 7:41 PM

Thanks for the great review. I love Noah too!

If any of your readers are interested, you can win a copy of The Sister Pact at the following sites:

You're welcome, Cami. I really enjoyed the book. Thanks for letting us know about all the chances to win a copy.